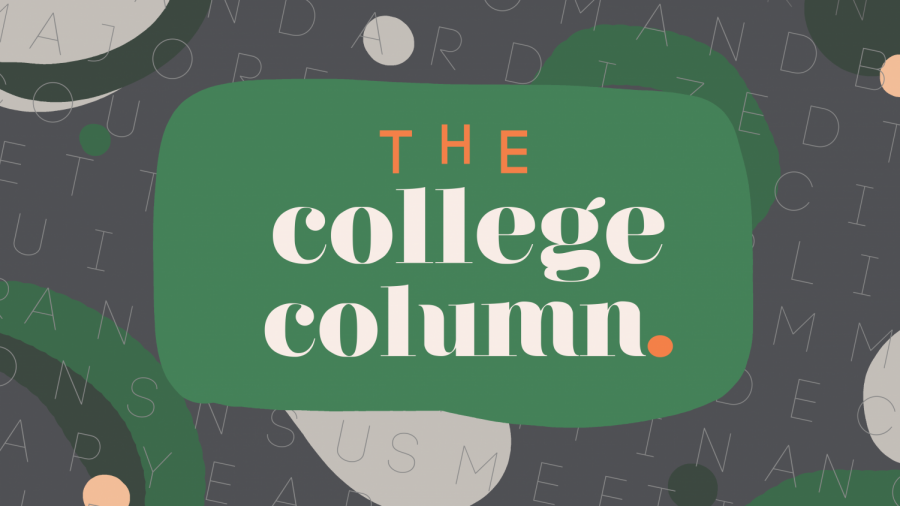 Confessions From The College Front Line: Looking Back While Stepping Forward

It’s the season of reflection and hope towards the future, and I’m not just talking about the holidays. For seniors, it’s another kind of reflection and hope—one associated with college applications. Senior year is the only year that really begins with the end in mind, inching ever closer to the future. It’s not uncommon for valedictorian speakers to talk about how graduation marks the beginning of adulthood, as the class collectively transitions out of childhood and into the adult world. It’s hard not to think about where we began, where we are now, and where we’re going.

Seniors are no strangers to the stress that comes from the demanding academic workload, the additional task of applying to colleges, and the emotional weight of knowing your life is going to change drastically in just a couple of months. Everyone finds their own ways to cope, and I’m no exception: I’ve turned to nostalgia.

For example, I’ve started sleeping with my childhood teddy bear. I got him when I was little, when I had trouble falling asleep. I kept imagining monsters crawling from under my bed or burglars creeping out of my closet and watching me. Lying with a small, yellow, slightly worn-out stuffed bear helped me fall asleep then. So when I recently found it harder and harder to fall asleep with all the worries of college floating around my head, I dusted off my old familiar friend. Just like when I was younger, it’s helped me rest and has eased some of my worries.

I’ve also found myself replaying childhood games, rewatching childhood TV shows, and rereading childhood books. Running through Animal Jam’s Jamaa reminds me of the joy I felt when my dad finally agreed to buy the membership. Hearing the familiar sounds of Minecraft reignites the excitement I felt when I used to log on to play with a friend. Turning to these memories is new for me, and I suspect it has to do with the stress of facing the biggest transition period in my life.

In a New York Times article, “Why We Reach for Nostalgia in Times of Crisis,” Dr. Stoycheva—a psychologist specializing in traumatic stress—said, “[Nostalgia] increases your ability to self-soothe during a stressful time.” Nostalgia can be a mechanism to cope in times of crisis or deal with trauma. During the quarantine, people returned to familiar TV shows or books as a response to the isolation. Nostalgia has often been used as a soothing safe-space, just as I’m using it now.

Despite the relief and comfort turning to the past provides, I can’t help but feel that finding comfort in nostalgia is a little counter-intuitive. This isn’t nostalgia for the sake of the pandemic, which was a valid way of dealing with the pressure and panic of the lockdown; it’s instead nostalgia as a response to a fear of the transition into adulthood. Enjoying more childlike pastimes when I’m faced with all these mature responsibilities—like summing up my character in a 600 word essay, or navigating the tense and sometimes competitive environment—seems like I’m ignoring the person I’m supposed to be growing into. It feels like going in the opposite direction.

In college, I will be completely on my own, especially because most of the colleges I’ve applied to are on the other side of the country. I will truly get to test how responsible of a student and person I am without leaning on others. It’s like I’m standing on the edge of a cliff, knowing that I have to jump into unknown water below. Sometimes I wonder if sleeping with a teddy bear or playing Animal Jam somehow proves that I’m not ready to take the necessary and expected step off the ledge.

Around the beginning of junior year, before the real pressure but close enough to the college process to start worrying, I started thinking about what it means to be an adult, or at least what it means to be a mature person. I figure because most adults don’t partake in any childish ventures, their maturity and taste in media must correlate. In other words, part of being an adult means not doing traditionally childish things. But even though I’m returning to some of my past habits, I’ve still kept up relatively well with most of my college deadlines. I’ve come to realize that maturity doesn’t mean not watching “My Little Pony” or “Sofia the First.” Being mature means taking responsibility, making logical decisions, and treating others with respect. And having childish tastes on occasion doesn’t take away from any of those things.

In the past, some researchers and psychologists viewed nostalgia as bad, but I think that’s only true if taken to the extreme, and I think a lot of other people are realizing that too. Like most things, nostalgia is healthy in moderation. Anything that helps you get through this really stressful time is worthwhile and valid, as long as it doesn’t impede the work that needs to get done or prevent the best version of yourself from emerging. I’m not ignoring the present and future in an attempt to return to the past. Instead, I’m seeking comfort in the past to prepare myself for what’s to come. The past was scary at the time, but in looking back, I realize that happy memories were there all along. Reason suggests the future will be similar: it’s going to be stressful, but it won’t be miserable. And even if it is, I’ll have plenty of good times to look back at that will help me move on.

To view previous articles from this column, click here!