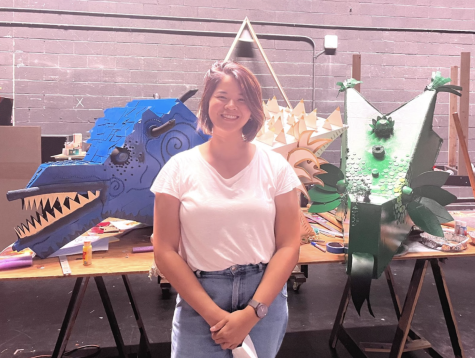 Cindy Lin and I sit on the edge of the PAC stage, both nearly consumed by the curtains. Across from us lies the reason we have been pushed to the side: dragon heads constructed from an assortment of recycled materials, poles that will eventually be transformed into wings, and a number of other pieces of wood ready to be turned into maces, swords, and axes. It is, as Cindy Lin explains it, “A D&D playing board come to life.”

This year, Ms. Lin joins Westridge as the Scenic and Properties Designer. Although she is new to working in a school, she has been a set and costume designer for seven years. For Ms. Lin, it’s important to serve as a mentor to anyone interested in scenic design. She emphasizes that because “there’s not many people of color who are designers,” it has been especially meaningful to connect and give advice to those groups.

Though she originally was interested in designing for film, Ms. Lin discovered her passion for theater due to its capacity for creativity and playfulness. In comparison to her involvement in the television industry, where her duties consisted of “painting things beige,” or filling up classrooms, scenic design in theater feels much more exciting.

As she smiles and her eyes briefly dart around the stage, she tells me, “I think from a design perspective, what I really love about theater is you can have the audience suspend their disbelief…everyone enters into a theater building not necessarily expecting the literal.”

As I look through her online portfolio after our interview, I understand even more why she made the shift to theater. I am particularly struck by her design for a play called Lord of the Underworld. It features a tree, perhaps created from some sort of twine, entangled in the upper parts of the stage and sloping down to burst through a window, leaving some panes shattered and others gone completely. 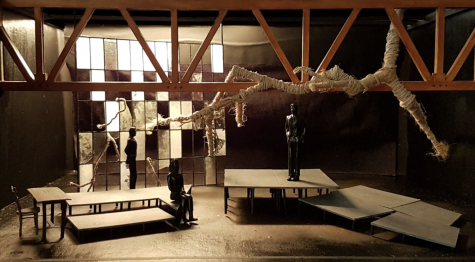 As she discusses her plans for the upcoming play, I can tell that she plans on putting just as much commitment into her work at Westridge. She explains to me that as a scenic designer, “even though you’re not on stage, you’re a kind of a performer.” 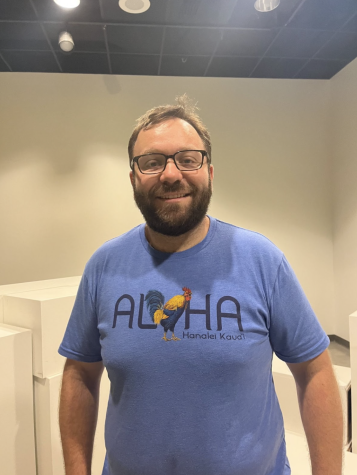 I’ve never seen anyone so happy to discuss tangled cables.

Laughing slightly, Rob Simonski describes one of his first experiences at Westridge. “There are a lot of cables that we don’t use anymore … So I figured out what we needed, what we didn’t need, and sorted through stuff. And it was really fun. I don’t know if it’s super nerdy, but it was really fun to clean and go through stuff and learn about the theater that way.”

Early last May, Rob Siminoski became Westridge’s new Technical Director. After working 11 years as a stage manager for shows at Universal Studios, including the Water World Stunt Show and the Triwizard Tournament, he gained the nickname “Mr. Universe” amongst theater students.

This year, Mr. Siminoski will be teaching one class, Technical Theater, to Upper School students. In a playful manner, he said, “I don’t want it to be a snooze fest or boring. I’m looking forward to making our 70 minutes really interesting and trying to do some hands-on stuff.”

For him, the choice to move to Westridge was a natural one. Having gotten married in July, Mr. Siminoski hoped to find a full-time job which would allow him to provide financially for his family in a better way. “I wanted to be able to contribute,” he said. “[My wife] was supporting the both of us while I was trying to kind of between full time jobs.”

When looking for a position, he wanted to find a place that shared his values. “It’s really important to me that, you know, a place that I work with and work in, respects the whole spectrum of the ways that people identify, whether it’s religion, race, culture, background, ethnicity, sexuality, whatever that is. And it’s just very refreshing to know that there are private schools out there, in particular Westridge, that value that.