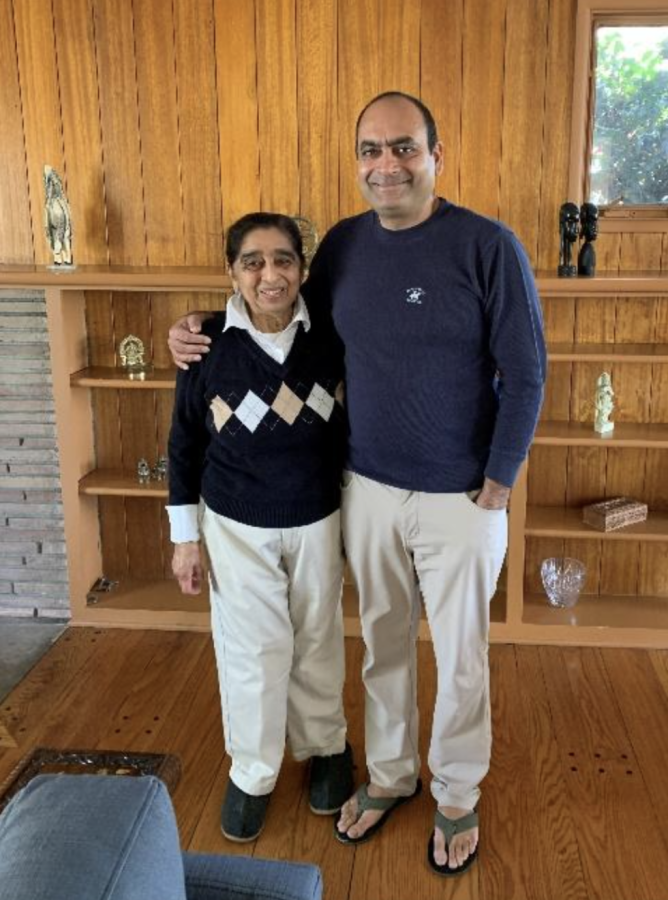 An interview of Neena and Biren Shah 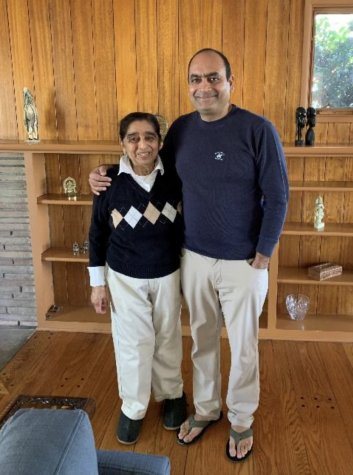 Imagine you’re in an airy room with plants visible through the windows, shelves glittering with figures and pictures, and art hanging from almost every wall. Sitting down to tell her tale, Neena, with help from her son Biren, shared her experiences with me.

Having left behind her family and childhood home in India at the age of 42, it was her choice to come to the United States.

Although Neena’s life in India wasn’t unsatisfactory, with India’s economy made to aid the wealthy, there was a noticeable absence of opportunities for the average citizen. With that in mind, Neena decided to create a brighter future for her family. Hoping for the ​​possibility of better pay, she set her mind on immigrating to America.

Already working as a medical social worker in Bombay, she recounts her sister encouraging her to come to the United States. “She felt that if I [could] come, then I could apply for a job and probably get a better chance.”

When she first arrived in 1976, Neena stayed in New York City with her sister for a few months. Without enough money to buy a car, she carpooled to work daily. Eventually, in the small town of Elmira, NY, she found a steady job and a new apartment.

Neena was an immigrant surrounded by Americans, and she recalled to me the challenges this brought. When she moved into her apartment, her landlord attempted to unfairly charge her more than she originally agreed to pay. But other immigrants and Indians welcomed her into their community, helping her to feel more at home. “I didn’t know anybody, but then they started contacting me, inviting me to dinner,” she said. Even so, Neena still felt that something was missing.

During the months when his mother had traveled ahead, Biren, his sister, and his father were all still living in India. To gain entry to the United States, one needs to be sponsored, and as soon as she could, Neena sponsored Biren to come and join her.“After I came, slowly after a few months everybody came, and we ended up together again,” Biren said.

Reunited at last, Neena’s family came to live successful lives, just as she had originally hoped.  Biren and his sister were provided a better education and ample opportunities, and their mother continued thriving in her workspace. Everything turned out quite brilliantly.

Biren described their story as a “typical immigrant experience.” While perhaps it might be similar, there is, in my opinion, a difference. The lesson from other stories is generally resilience, courage, or faith, but for this one, it is to never underestimate a parent’s devotion to making a better life for their children. That is exactly what Neena did.