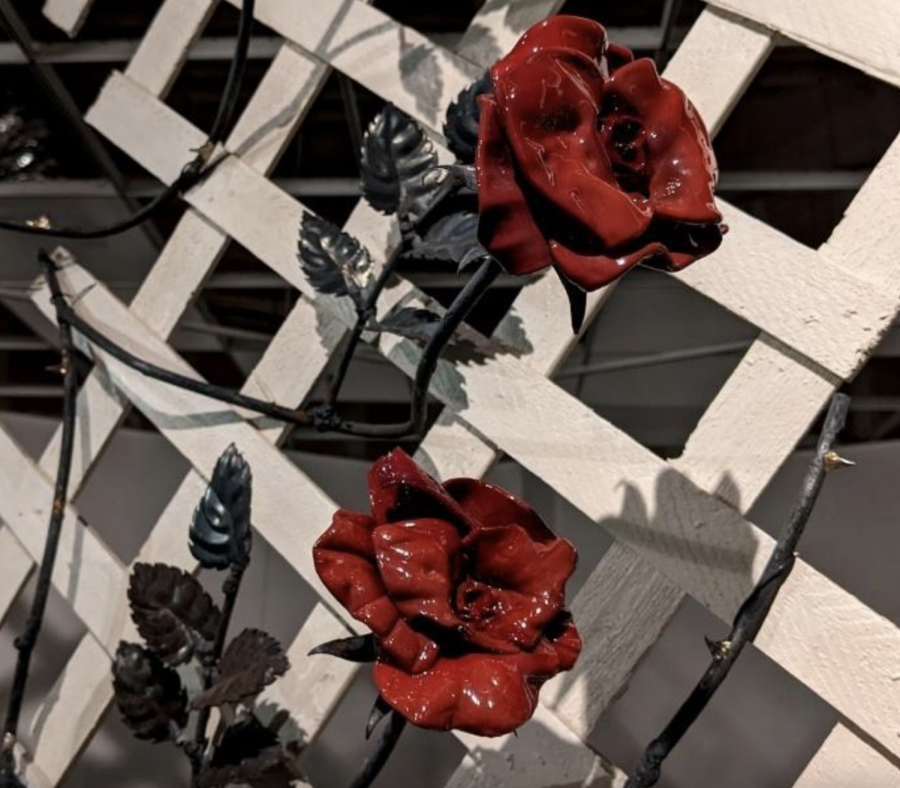 The Label of an Immigrant

“The fact that the United States has so much involvement in so many of these issues makes us responsible; it has to. We have to take responsibility for the people who are suffering through these situations.”

It all started when I visited Ms. Yurshansky’s solo exhibition—with a pamphlet in hand, and unsure of what to expect. For the past two years, I have only known Ms. Yurshansky as the Middle School Art teacher who always wore denim dresses. However, it wasn’t until recently that I found out that she—along with her family—had immigrated to the United States.

During World War II, the political instability and poverty of Soviet Union Moldova drove Ms. Yurshansky’s parents to flee from their homes. They stayed in Italy while waiting for a country, preferably the United States, to accept them as refugees. The process took so long, that Ms. Yurshansky was born in Rome and was technically stateless since her parents had renounced their citizenship to the Soviet Union. According to Ms. Yurshansky, “Those conditions meant that I was actually stateless, so I didn’t belong anywhere in the world, and obviously [my parents] didn’t either.” Her parents couldn’t take anything with them on their journey, not even their master’s degrees in engineering.

Despite nationally being an American, Ms. Yurshansky always felt as if she were on the fence between identities. “For me, the identity I feel the most is close to what my family is, and for my parents because of who they are and where they grew up, they never felt safe or secure here.” She and her sister, who was born four years after her, grew up doing their best to pass as non-immigrants. Ms. Yurshansky said, “I luckily even have that luxury, and I completely recognize that is white privilege full-on, here in the United States. But in Europe, my face absolutely broadcasts who I am. Whereas someone like my grandmother survived because she didn’t look Jewish at all, not in the ways that people stereotype. I would say that it wasn’t until doing my recent solo exhibition A Legacy of Loss: There Were No Roses There that I’ve even blatantly admitted in my work who I am and where I’m from.”

Ms. Yurshansky’s recent exhibition was centered around her family migration and  inspired by a trip back to Moldova she had taken with her mom five years ago. While it was difficult to convince her mom to go with her, eventually Ms. Yurshansky managed to take her on a group trip with other people. There were lots of surprises that neither of them expected or had seen before. Luckily, Ms. Yurshansky’s mom decided to go back one more time with her. The second time, she arranged it as a larger trip. All these stories started to come back to Ms. Yurshansky’s mom, and she turned to her daughter and asked, “Do you think we should take your sister with us next time?”

That was unexpected for Ms. Yurshansky, who had fought hard to get her mom to come on the trip, “Pre-pandemic I was going to take my dad because he also hasn’t been back. Because for them there’s a big wound there, I think it’s a hard thing for them to resolve because obviously it’s where they grew up, it’s where their families have been for generations. But ultimately, it’s a place where they never felt welcome, that it made more sense to leave and leave everything than stay. It’s emotionally a really hard thing to want to—or even open up to yourself—the idea that maybe you have a sentimental feeling about it.” Despite its difficulties, Ms. Yurshansky felt that it was important to explore her family history, and help her mom reconcile with a rocky past.

While Ms. Yurshansky’s recent solo exhibition was the first time she ever talked specifically about her family migration, she has created art inspired by her status as an immigrant. Ms. Yurshansky works a lot with plants in her artwork, but she works with plants that have been considered blacklisted. Blacklisted: A Planted Allegory is a project she has worked on for over ten years. The project has many scientific components, including where certain plants grow in different parts of the world and in Los Angeles, but it’s also a vehicle to talk about migration.

Ms. Yurshansky said, “So it is inspired by the fact that I am an immigrant. I feel like it’s honestly awful that we’ve politicized where people come from, and whether they do or don’t have the right to be here, or that those rights can be taken away very easily. I wanted to make work that directly addresses that but in a way that people could actually hear it and not get defensive. I figured that to do it through plants would seem non-threatening. It wasn’t specifically about my family but certainly my own history has driven my interest in the subject.”

In her art, Ms. Yurshansky wants to continue to broaden the idea of what an immigrant looks like, what an immigrant carries with them, and what the label means, especially in the context of being a refugee arriving in the United States. “A forced migration not of your own choice is a situation that is going to get worse as time goes by because now, we have a climate that is forcing people to leave their homes, and the geopolitical situations are getting that much crazier. The fact that the United States has so much involvement in so many of these issues makes us responsible; it has to. We have to take responsibility for the people who are suffering through these situations. That’s more my reason for opening up about my family, to use it as a tool for discussion—that not everyone has been American the whole time.”