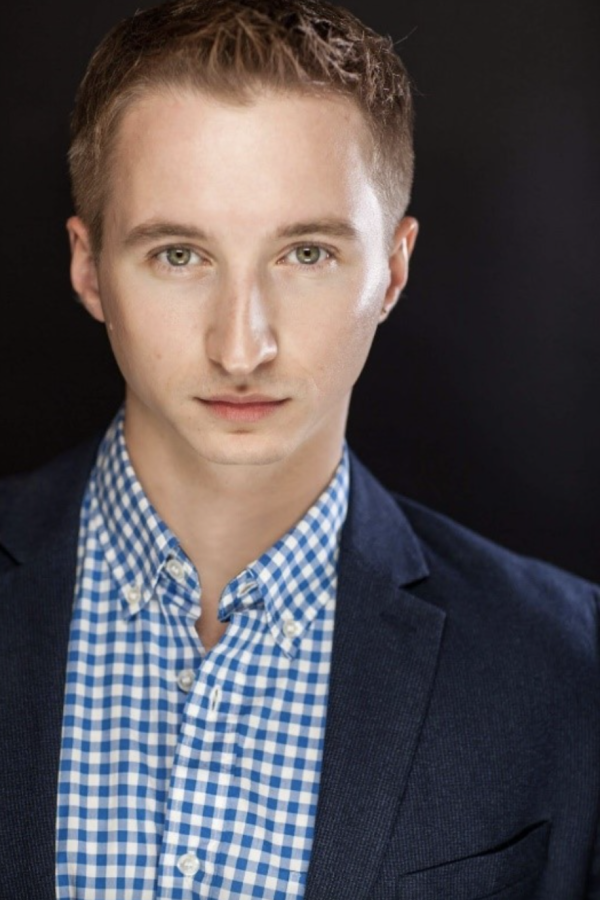 “America is the place that provides many people—including immigrants like myself—a place for safety, security, and passion.”

Maksym Kapitanchuk, my world-renowned ballroom dance teacher, sat in front of the screen, wearing a huge, black, high-necked jacket that masked his competition clothes. His warm and gentle smile poured through the screen and lit up my face like kind rays of sunlight. Because he had a championship ballroom dance competition right after my interview, I knew I needed to be quick.

Without wasting a second, I threw in my very first question: “Why did you come to America?”

He responded, “I came all by myself with only one suitcase and my passion. My dream was to pursue a career as a professional dancer. I dedicated my time to the Nation Ballet of Ukraine and spent my earlier days performing all over the world. My first destination was New York, the first place where every immigrant should go! The skyscraper buildings, taxis driving everywhere, and streets filled with diverse people.”

I crinkled my forehead in confusion. “Diverse? What do you mean diverse?” I asked him.

“Compared to many countries, America is one of the most diverse and accepting countries,” he said. “Never forget that. Back in Ukraine—yes, it was diverse, but compared to America—it’s different.”

Over the years, Maksym got used to living life as a professional dancer in America. “Living in America, I had many work opportunities. I don’t think I would’ve gotten this far if I hadn’t moved to America.”

“My mother country, Ukraine, was and still is struggling,” Maksym said, beginning to share the background of Russia and Ukraine’s 30-year conflict. In 1991, Ukraine officially gained independence and left the Soviet Union. But, in 2014, Russia invaded Crimea for geopolitical reasons. Because of the invasion, many innocent Ukrainians were brutally murdered and hurt during the process of invasion. One of the main reasons Maksym chose to leave Ukraine was because of the political uncertainty. “You never know what’s going to happen the next day. I just hope one day I can go home and never fear about the invasion ever again.”

With the escalation in the current crisis in Ukraine, Maksym has been very worried. “I am scared, especially for my family back home. But the people I feel the worst for, are the Russian citizens. Coming to America, I had the privilege to see both sides of the political tension and formulate my own opinions. But back in Russia, the media and news are controlled by the Russian government. All those people are not allowed to have their own opinions.” As the gravity of this conversation sunk in, I could feel an icy chill crawling down my spine.

But soon, Maksym began to laugh. “From all I have experienced, I just learned to be grateful for America.”

I jumped out of my seat. “America? Why? America has caused nothing but trouble for the entire world!”

He broke into laughter, snickering at my bewilderment. “America is probably the most troublesome country in the world. And I have to say, the politics aren’t on spot either, but we must learn to appreciate what America has provided us. I can name so many people who would do anything to live in America.”

Before, I’d never thought of the struggle my teacher faced immigrating to America. He always seemed like a regular dance teacher who just spent his days teaching ballroom dance. However, this interview experience enlightened the perspective I had on Maksym. Looking at the screen, I thanked my teacher. Maksym, all alone, faced the immigration experience without any help, just to teach students like me the beauty of dance.

Addendum to add about Current Events:

The original interview was conducted on February 21st, precisely three days before the attack on Ukraine. During this time, I was on a retreat to Ojai, the 8th-grade school trip. Among other current events, Russia launched a large-scale invasion of Ukraine on February 24, 2022. Once again, I was able to get a hold of Maksym to check in with his family’s status at that time. Maksym’s parents live in Kyiv, the capital of Ukraine, and unfortunately, they had to abandon their home due to severe bombing in their neighborhood. His family escaped to a village on the outskirts of Kyiv and is currently hiding in a basement. Maksym’s brother-in-law was drafted into the military the same day of the first bombing, so sadly he couldn’t stay together with his family. Now, he has to fight in the war. Faced with a reality that once seemed unimaginable, Maksym wondered if he would ever see his family again. “It’s absolutely horrible, my parents flee Kyiv, where they spent their entire lives; they left everything behind. My heart breaks…I never imagined I had to buy a bullet-proof vest for my brother-in-law.”