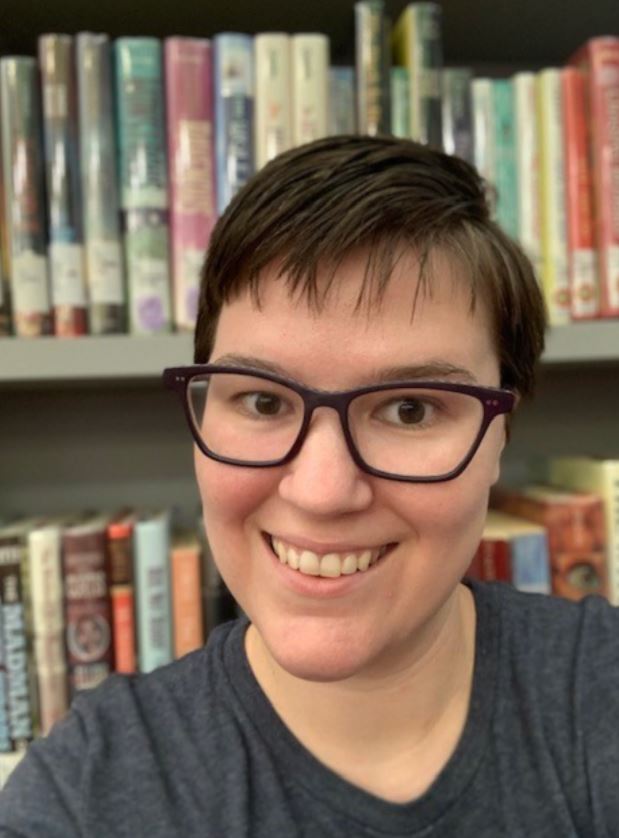 What’s your favorite place on campus? Is it too cliché if I say the library?… I love being surrounded by books. I also love that it is a multidivisional space, so even this year when we were sort of having to work to keep the divisions separate super safety, it’s still nice that I can see fourth-graders and seniors coming through throughout the day and spending some time here.
If you were to have a theme song, what would it be? Oh, man. I mean I guess that really depends on the day, doesn’t it? The song that comes to mind, though, is the theme song for the podcast My Brother, My Brother, and Me. They just got a new theme song and it’s a real summer bop with a lot of fun. It’s called My Life Is Better With You by Montaigne, who is an Australian pop artist.
If you could live anywhere, where would it be? Ooh… I would love to live somewhere that has really dramatic seasons. So I’m thinking like upstate New York or Maine or something.
What’s the strangest thing you’ve ever eaten? Rattlesnake…there was a lot of barbeque sauce on it, so it tasted mostly like sauce, but it had a really almost gamey texture.
If you could travel backward in time, what decade would you choose? That’s a good question. I would probably want to go, like, Victorian [times] because the Victorians were sort of strange in both their very prudish way, but also they were into a lot of weird stuff like Dracula. So, like, 1890-ish.
What’s a unique or special talent you have? I really like to embroider things.
Who’s your all-time favorite book character? I don’t know if this is my all-time favorite, but the answer that comes to mind is there’s a book called In Other Lands and the main character is Elliot. And it’s sort of this fantasy book, but he’s a very unlikely fantasy protagonist. So he’s very sarcastic, he’s not really the, like, adventure-save-the-world type, so I’ve always loved that character.