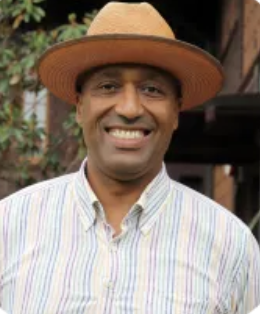 Max Duncan: Finding Your Way on the Scenic Route

Max Duncan sits at the table, anticipation on his face. He takes a breath and focuses, blocking out the shouts from students during lunchtime. He then begins to tell me about his childhood growing up in Berlin, Germany. Duncan grew up the oldest of seven children. “I was like the third parent,” he recalled. While he was growing up, his mother made sure he and his siblings were prepared to take on the world by learning multiple skills like cooking, cleaning, sewing, and changing a diaper. “I’ve never had a girlfriend who could cook better than me,” said Duncan, laughing.

When Duncan was a teenager, he traveled around the world playing for Germany’s National Minor League Rugby Team, learning about other cultures and, of course, good sportsmanship. After turning eighteen, he discontinued his Rugby career but still runs around with some teammates today.

After completing high school with stellar grades and test scores, Duncan found himself with a tough decision of attending university near home or in the U.S. Originally, Duncan planned on attending university in Europe because of their free tuition. However, he was offered a scholarship for schools in America, an opportunity he couldn’t pass. Eventually, he decided to move to the states. When moving to America to attend Vassar College, in New York, Duncan had an advantage from his German-English Immersion School, John F. Kennedy Gemeinschaftsschule (International School) that brought in American Teachers, making Duncan’s American accent flawless.

Along with being a busy mother of seven, Duncan’s mom was a writer. She influenced him throughout his career—especially after college, when he began a job teaching writing. Throughout his whole life, Duncan has taught people. He attempted to move on from teaching when he got a job writing scripts for television, but he quickly became bored and went straight back to teaching. “[Teaching] just feels natural…it feels good, I really feel excited about teaching people to use their voice and access their writing skills,” he said with a smile. After 18+ years of teaching, he is still excited to inspire more students.

While teaching is his main career, on the side, Duncan is working on publishing a book called Meet the Digits, a story that moves through the personal narratives of a group of physically disabled kids in a punk rock band. The story is loosely based on a student from the school next door to his who once started break dancing in a wheelchair to break the tension when the two schools visited each other. “We were all kind of looking at each other like, ‘what happens now,’ and I remember the kid Adlahan—he started break dancing in his wheelchair, and it was the most amazing thing!”

Max Duncan has definitely lived an exciting life, whether it was moving across the ocean for college, changing from one exciting career path to another, or growing up with his big family. However, he is not done yet; Duncan hopes to one day travel around the world once more, just like in his rugby days, while watching his son grow up and hopefully live a life just as meaningful as his own.