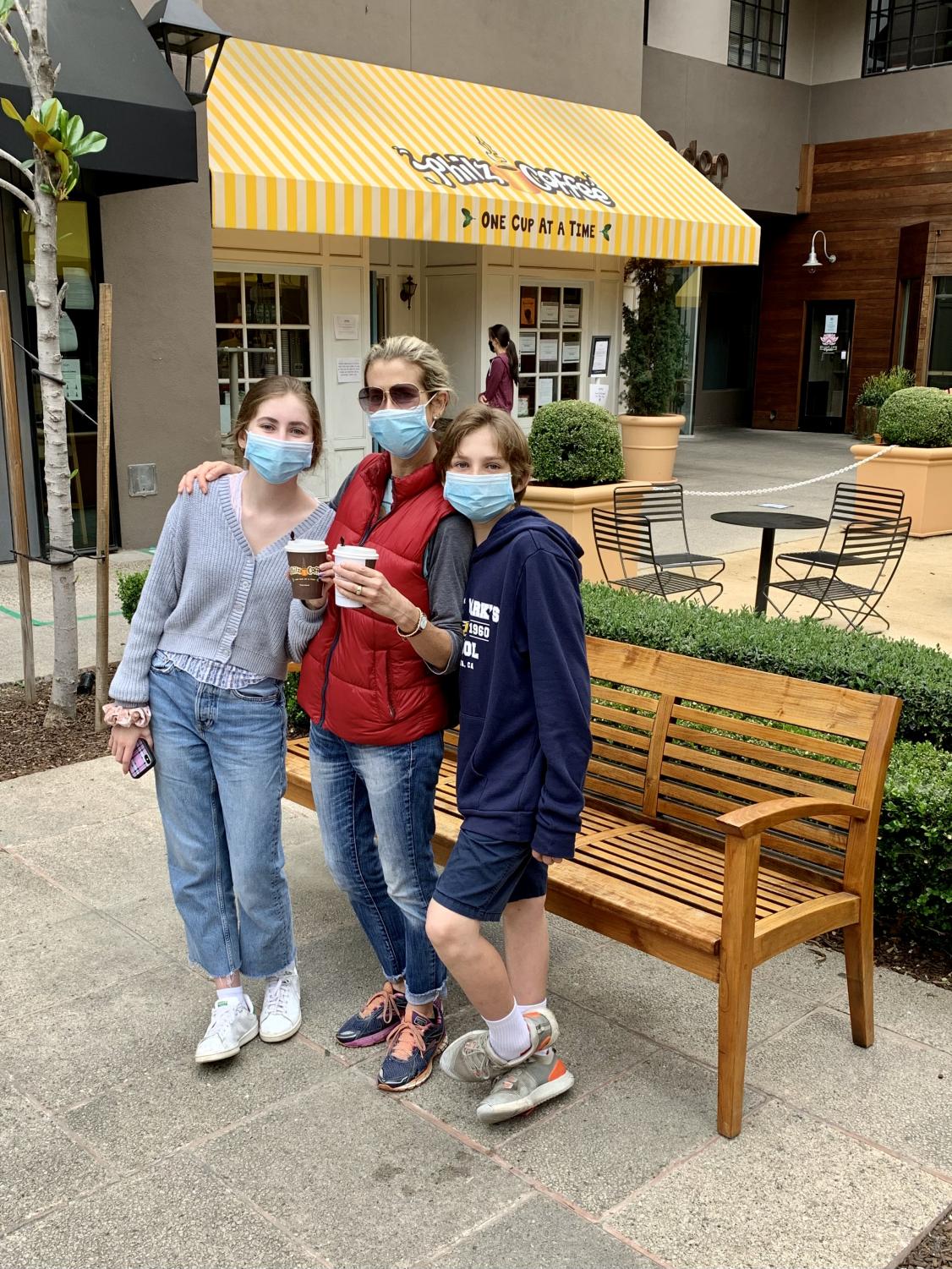 My mom, brother, and I standing outside of Philz last May (Reed D.)

My mom, brother, and I standing outside of Philz last May

Opinion: Why I Love Philz Coffee + Five Drinks to Order

It was love at first sip and it’s been a fairytale romance ever since.

I first experienced the magic of Philz coffee in early 2018. A few weeks previously, my mom got stuck supervising my Girl Scout troop’s holiday gingerbread house decorating party all by herself. Another mom took pity on her (but, apparently, not enough pity to stay to help) and brought her a cup of Philz’ “Jacob’s Wonderbar” to ease the pain. My mom loved the coffee so much that she forgot all about the Girl Scout drama; she just raved on and on about Philz, claiming to have found “coffee nirvana.”  I get my love for coffee from her— she’s always falling in love with a new bag of beans– but I figured Philz was just one of her passing fancies, a flavor of the month. How good can it really be? I wondered. Soon, I would find out.

My brother had just started a new season of baseball, and his practice field was only a few short blocks from Philz. My mom, who had been fiending for more Philz since the Girl Scout meeting, pounced on the chance to kill the 90 minutes of practice time by visiting, in her words, “The Promised Land of Coffee,” and I was along for the ride. My first Philz was an iced Gingersnap, and I was hooked instantly. The strong, smooth flavor of coffee paired with the perfection of not-too-sweet cream, nutmeg, cinnamon, and clove spices convinced me that Philz is, in fact, the best coffee ever.

Let’s be honest. Most of you reading me rave on about Philz are a little confused as to why I’m writing an article about it, and may be concerned about my mental health. Coffee is coffee, right? Although I do admit that any and all coffee can make me feel better 100% of the time, there’s something really special about Philz Coffee.

First, sustainability and environmentalism is important to me, and Philz is committed to supporting both the future of the coffee industry as well as coffee farming communities by responsibly sourcing their coffee. They are actively involved in the Sustainable Coffee Challenge, a global initiative to make coffee the first sustainable commodity, and have donated over $500,000 to Food 4 Farmers.

Secondly, Philz doesn’t take short cuts. From their ethical business practices to the quality of the drinks themselves, Philz does it right. Philz baristas brew each customer’s “cup of love” individually using the pour-over technique. Big, low-quality, pre-brewed, warmed-over coffee would horrify any Philz employee (or devoted customer)!

Philz further distinguishes itself with its extensive menu of coffee selections. Here’s the twist: Philz doesn’t serve macchiatos or lattes, and there are no flavored syrups or caramel drizzles or chocolate sauces behind the counter. At Philz, it’s all about the beans. Philz currently offers 16 different blends of coffee beans, complete with tasting notes. Sure, you can add milk (or oat milk, almond milk, coconut milk . . .) and sugar (or honey, or stevia . . .), but Philz is a coffee purist’s paradise. But don’t worry if you’re not that hard core yet: Philz has a menu section for “special drinks” like the aforementioned Gingersnap, the famous Mint Mojito, Mocha Tesora, hot cocoa, decaf blends, and teas.

Philz definitely does things a little differently than most coffee houses, and their menu can seem daunting for the uninitiated. Here are some must-order recommendations: 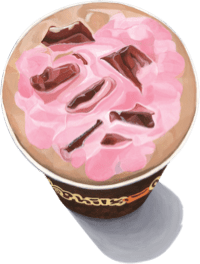 The Iced Coffee Rosé is one of my go-to iced coffees for when I want a sweet and refreshing treat to perk me up. It’s sweet, creamy, smooth, and topped with a delicious yet subtle rose cream. I would recommend this drink to anyone who isn’t a fan of the strong taste of coffee and would rather have something on the sweeter side. 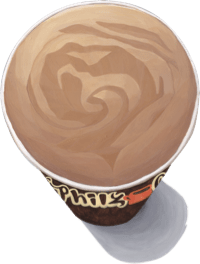 This is a drink combining Philz famous Tesora blend (a personal favorite!) and lightly sweetened cocoa. This combination makes for a rich, luxurious treat. If you like coffee and chocolate, try this!

Philtered Soul is hands-down my favorite blend at Philz. Even without cream and sugar, this drink still tastes like a delicious hazelnut latte. I’ve had Philtered Soul hot, iced, with cream, without cream, and my conclusion is that you really can’t go wrong. This is a blend for everyone!

Ah, yes—the famous Mint Mojito. The Mint Mojito is arguably the most popular and iconic drink offered, and for good reason. This is an iced coffee made with muddled fresh mint, commonly served the House Way (sweet and creamy). I would recommend the Mint Mojito to people who want their coffee to be cold and refreshing.

The Tesora is Philz’s signature, original coffee blend. It has tasting notes of caramel and vanilla, and is delicious with or without cream. Out of all the drinks on this list, I would say a Tesora with cream is the most similar to a latte, so I would highly recommend it to anyone who usually orders a latte.

From the superb quality of the drinks, the variety of blends, unique menu, and ethical business practices, Philz always has been (and always will be) my number one coffee shop. So, go get yourself some Philz!

Thank you for your donation!

There was an issue submitting your request.
0