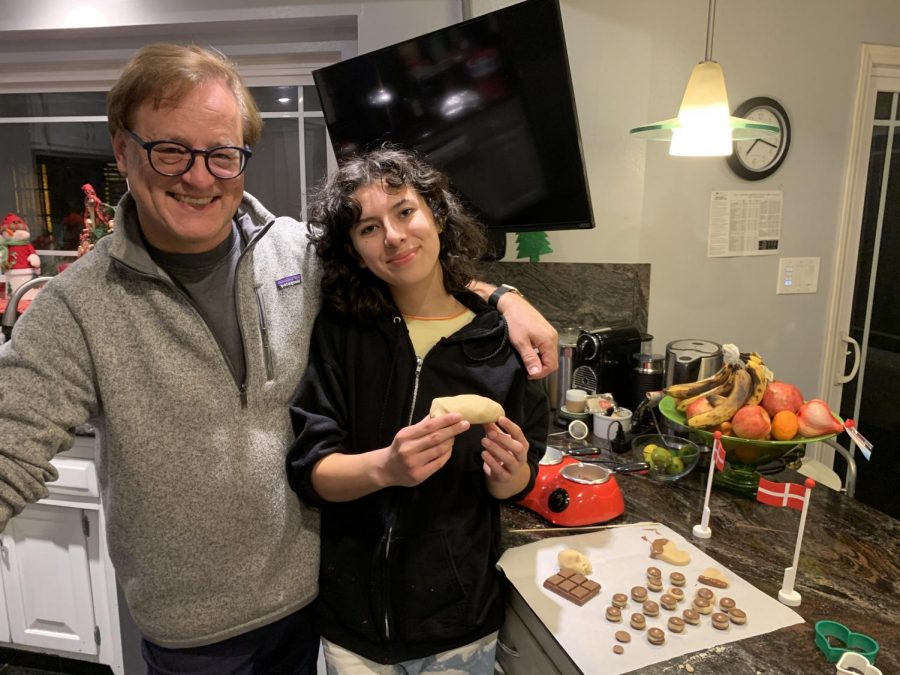 My dad and I usually make candy during Christmas as a part of Danish tradition, but when looking for our usual chocolate and marzipan ingredients, the marzipan was hard to find and much too expensive. Our alternative was to make our own, something we had never done before.

After watching several Youtube videos explaining the process and several trials of mixing almond flour, flour, and almond extract together, my dad and I felt we finally had a good enough recipe to share.

While I did not expect anything out of the ordinary to come from this experience, the time I spent with my dad was more valuable than I had imagined. As college deadlines were around the corner, I cherished the laughs we shared as I had almost forgotten that I could have fun with him in the midst of writing college supplements. Even though making some marzipan was simple and relatively easy, it was the break I didn’t know I needed.

Pro-tip: make this marzipan with someone you love 🙂

Without further ado, here is the official recipe that we have *almost* perfected:

Step 2: Place the bowl onto the stove over medium-high heat until the water just barely reaches a boil.

Step 4: Pour the powdered sugar into the bowl that is still just below boiling.

Step 5: Mix together the powdered sugar until it is mostly transparent/white (double click image to see video).

Step 6: Pour 1.5 cup of almond flour into a separate bowl.

Step 7: Slowly pour the mixture from the oven into the almond flour and mix continuously.

Step 8: Keep mixing the ingredients together until you get a dough-like texture (will be grainer though).You will also need to eventually knead with your hands. You may need to add a moderate amount (up to ½ cup more) of almond flour if the texture is not dough-like enough.

Step 9: After mixing and kneading the marzipan together for 10 minutes, it should look something like this.

And that’s it! That is how my dad and I make marzipan.You can also choose to dip it in some chocolate, or put some chocolate pieces in it, or you could eat it plain as it’s entirely up to you.