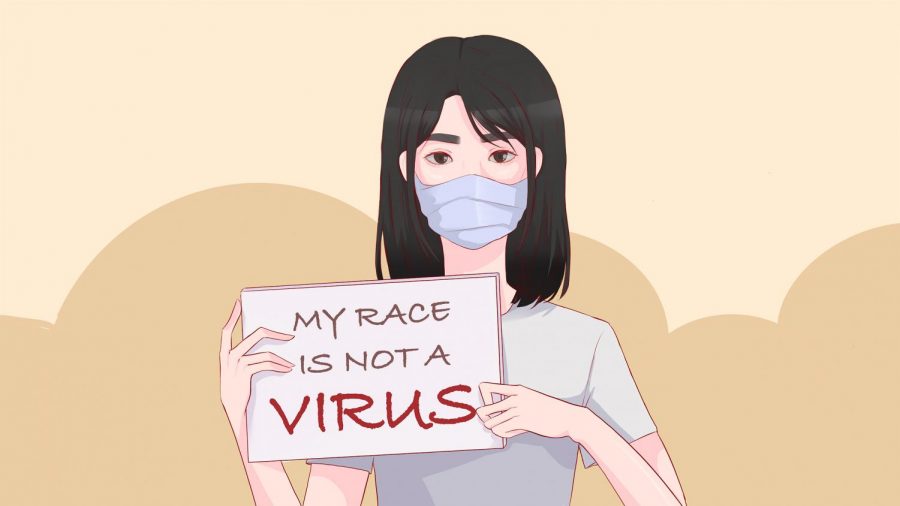 As COVID-19 Cases Surge…So Does Xenophobia

On Thursday, March 19, President Donald Trump stood in the Brady Press Briefing Room at the White House to give updates on the pandemic at hand. However, as he began his speech, something was noticeably different; he began referring to the COVID-19 outbreak as the “Chinese Virus.”

While Trump has since decided to stop associating COVID-19 with China, his statement, nonetheless, has been accused of fueling the xenophobic sentiments toward the Asian-American community.

A study conducted by the Network Contagion Research Institute (NCRI) found a surge in racist remarks directed at Asians across multiple social media platforms – including Twitter, Reddit and 4chan – ever since the pandemic began.

Spyglass performed its own survey of the Westridge community via the Spyglass Instagram and found that 79% of the 29 people who participated had witnessed racism due to the pandemic.

This increase in xenophobia has created unsafe environments for many Asian-Americans. The New York Times article, “Spit On, Yelled At, Attacked: Chinese-Americans Fear for Their Safety,” detailed various testimonies about xenophobic attacks aimed against Asian-Americans due to the novel coronavirus.

Abby Y. ’20 voiced her own experience during a Town Meeting earlier this year. “In January, I was walking onto the metro in LA with my other Asian friends, and a couple of teenage boys said “coronavirus” at us as we passed by,” shared Abby.

After describing her own experience with racism brought on by COVID-19, Abby acknowledged that she was privileged enough to not struggle with discrimination regularly. She explained that because of this, her encounter with racism was that much more impactful. “This experience was kind of a wake-up call for me in realizing that racism is still very much present in America. It made me feel vulnerable and weak in that moment because I did not know what to say or do,” Abby said.

The Time Magazine article, “Trump’s ‘Chinese’ Virus Is Part of a Long History of Blaming Other Countries for Disease” written in March described the historical significance of associating diseases with countries and its dangers. Reporter Becky Little explained that oftentimes the exact origin of a disease is not certain, which invalidates the reasoning that a disease should be named after a country. Associating diseases with countries also reinforces stigmas and creates opportunities for racism as well as uncovers the preexisting racism that is already ingrained in our society.

For example, the article reflected on the consequences that arose after a 1990 outbreak of the bubonic plague was associated with China. “These discriminatory views and actions hurt the Chinese community and failed to stop the spread of the disease,” explained Little.

Ms. Marcus, Upper School History Teacher, has been discussing the racism that has come from COVID-19 in her class and described the consequences that have come from this behavior. “Misleading and harmful information that targets a particular group of people has been used historically to create unity and a façade of strength.”

Other classes, such as Honors U.S. History, have also addressed the racism during the pandemic. Ms. Greenstone, Upper School History Teacher, explained why she wants to put an emphasis on this topic. “The important thing about discussing the reaction to COVID-19 is really changing that reaction and growing into a more inclusive, caring society.”