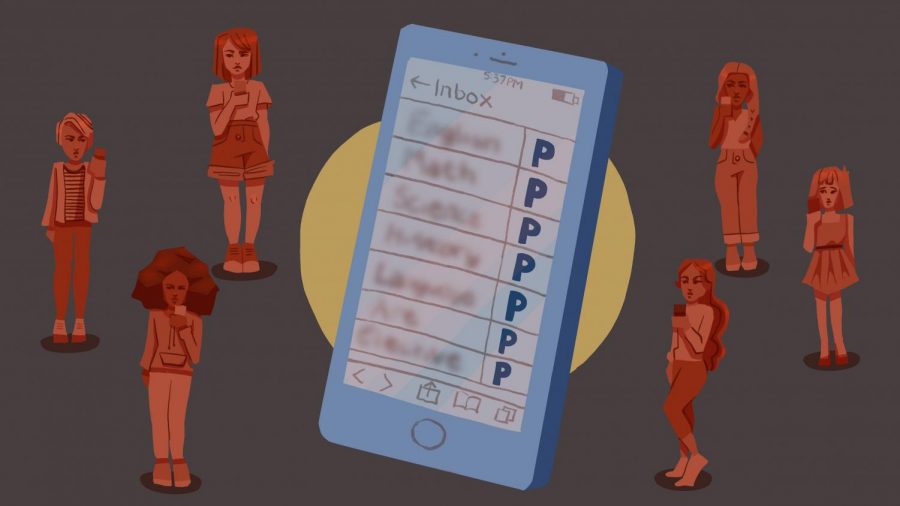 On April 10, Westridge families received the long-awaited email from Elizabeth McGregor, Head of School, announcing that Westridge will move to a pass/fail grading policy for the second semester of the school year. Many were confused and had mixed emotions, and students expressed their opinions on Microsoft Teams meetings the following week.

According to McGregor’s email, the division directors and department chairs, the college counseling team, and the Board of Trustees all supported the move to a pass/fail policy. “We decided on pass/fail because we felt that it was the best approach educationally to these unusual circumstances,” said Gary Baldwin, Director of Upper School. “Hopefully, it will allow kids to focus on their learning without quite so much focus on grades.”

Some students were pleased with the switch. “Although I recognize both sides, I’m glad Westridge decided to pursue the universal pass/fail system because it diminished the unequal access to resources that could possibly arise during this unsettling time,” said Jay K. ’20.

“When I heard about the pass/fail grading system, I was honestly relieved. Before we were told about it, I was really worried about maintaining my grades while everything was online. Now, I don’t have to worry about my grades dropping,” remarked Emmy T. ’20. “I think it’s a good way to allow us to focus on non-academic things that are important. Right now, we should focus more on our health and happiness than maintaining perfect grades. A pass/fail grading system seems to prioritize learning rather than perfection, making this already scary, stressful situation a little bit easier.”

However, Emmy, a senior, also recognizes that her class won’t necessarily experience the consequences of the switch for her high school career. “I feel kind of lucky on this end. I don’t have to worry about how this will affect my acceptance into college. I’m a senior who already knows where they are going. However, I am worried about how this pandemic will affect my college experience next year.”

Unlike Jay and Emmy, other Upper Schoolers were disappointed with the decision. Haley A. ’21 said, “I feel very disappointed in the pass/fail route our school decided to go. The thing I dislike most is that I was definitely counting on this semester to show that I improved from the last semester. I guess some positives about it are that I don’t have to kill myself over trying to get an A.”

Many members of the class of 2021 feel more pressured on how their current grades and the pass/fail policy will affect their applications to colleges in the fall. “No matter how much I get told by teachers, college advisors, and adults in general on how pass/fail will not affect our chances of getting into college, I will never believe it. I truly do think that since colleges will now focus on our other semester grades, since this one is pass/fail, that will affect our chances for admission. I say this because we all wanted to do better this semester because our grades from the last are not acceptable or not okay for admissions,” said Haley.

Others were unsure about the changes. “I have mixed feelings about pass/fail, but it seems the longer we have it, the more I feel like I am missing out on because of it. I thought pass/fail wasn’t really going to be a big deal for me and I had come to terms with not going to be able to raise my GPA before college applications. But, I am starting to realize that there are actually some classes that we really are moving a lot slower in. I’m a bit sad now that we won’t be able to cover all the material in classes that I genuinely enjoy,” expressed Ava F. ’21.

Moving to pass/fail has also impacted student motivation. “I don’t really like pass/fail because it reduces my motivation to do work. I get the same grade for an assignment if I do the bare minimum or if I work really hard on it,” said Riya D. ’22.

Charlotte Z. ’22 echoed Riya’s sentiments. “The pass/fail policy gives me no motivation to do anything because you only need to show up to class and get your homework done. I’m scared that even though I’m taking Honors Chemistry this year, I won’t be motivated to put in the work for AP Chemistry next year. I also worked hard third quarter because I didn’t get good grades first semester and I wanted to improve, but after they sent us this new policy, I was disappointed because all the effort I put into my grades was for nothing.”

However, Charlotte also saw the benefits to the policy. “Pass/fail is also good though because it gives us more time to relax. The good thing is that I have no stress, and I have more free time to do whatever I want.”

Along with students, teachers have also been adapting to the change and setting up new class guidelines. “Before remote learning, I graded on a total point scale. I still have some assignments that are worth points, but as long as students get 70% or more, that’s passing,” said Laura Hatchman, Upper School science teacher.

But she says the transition to online learning has affected her class more than the switch to a pass/fail policy. “The whole structure of remote learning will affect the way I teach in the future more than the pass/fail policy. I like that students can work at their own pace right now, and I’ve been able to have them submit corrections and extend deadlines more than usual. I will likely work in corrections and extensions more into my future teaching. I’ve been wanting to overhaul my grading for a while, and this might provide the stimulus to do so.”

Other teachers have completely changed their curricula after the news broke. “[The pass/fail policy] freed me to drop regular homework from the grading scheme and make it optional. I also have a low-stakes final exam that can only help students pass rather than have it worth 20% of the grade. Finally, it allowed me to focus the students on attempting to meet the standards of individual writing assignments rather than aggregate grades,” said Ryan Skophammer, Upper School science teacher.

Skophammer also recognizes how the pass/fail policy will contribute towards grading systems in the future. “I wish the entirety of school was pass/fail, always and forever. It has helped clarify what I want students to leave my class having learned,” he said. “The key for me will be how to change assessments under a letter grading system that reflects the values I have communicated under this policy.”