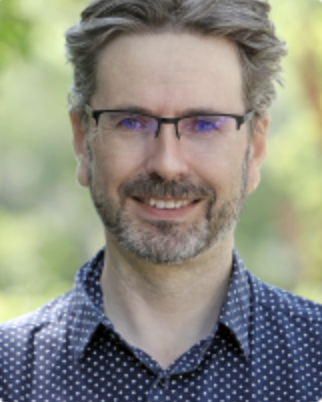 Mr. James Evans is perfectly happy to be known as “That British Guy” on campus. Just don’t call him “That English Guy”—despite his partially American ancestry and upper-crust accent, he identifies as Welsh and proudly displays the nation’s dragon-adorned flag on his office wall. Mainly, though, he’s happy just to be on campus after the COVID shutdown, pursuing his “dream job” as Westridge’s Director of Teaching and Learning.

Evan’s position is one of two new major administrative roles established in July. Its job description feels open-ended—even to him. Its official responsibilities, outlined in a Westridge blog post from April, include “leading faculty development and guiding our ongoing initiatives in academic excellence and innovation as outlined in the strategic plan, including a comprehensive curriculum review of the 4-12 program.”

To Evans, that means asking large institutional questions. “Are we delivering what we say we deliver in terms of learning? In terms of outcomes? How are we grading? How are we reporting on student achievement? How do we create opportunities for students to show what they can do? And… not just within the individual disciplines, but across the board?”

Evans’ typical day at Westridge begins by dropping off his daughter, Lorelei C.-E. ’28, followed by a “very important” cup of coffee—he is not a morning person. He then spends his time researching, thinking, and talking about pedagogy, exploring educational philosophy and teaching practices in and out of Westridge. His research takes place in department meetings, classes (look for the guy wearing all black with a notebook in the corner of the classroom), in conversation with teachers and students, and in his windowless office, where he listens to the “very loud, in a good way” Upper School English department laughing from the other side of the wall.

A couple of months into the school year, Evans is still getting to know the Westridge community. His favorite part, so far, other than his interview with Spyglass, has been the interdisciplinary nature of the Westridge curriculum. Evans recalled dropping in on one of Ms. Gigi Bizar’s and Mr. John Cross’ seventh-grade joint history and English classes. “[It was] nice to see how students tackle really big questions about identity, conforming, and the kind of pressures to conform,” he said. “And seeing them process that in real-time related to their lives was pretty exciting. The fact that [interdisciplinarity] was just happening, and it wasn’t a big thing, was really cool.”

Evans’ particular interest in interdisciplinary learning stems from his time at the University of Sussex, where he studied English—and philosophy, and art history. After graduating, he taught English linguistics and Media Studies and branched out into high school-level English literature and art history when he moved to the United States in 2003. He found his passion for pedagogy as English department chair at The Buckley School. “[I began] to take more of an interest in the metacognitive side of learning—the bigger picture, rather than focusing on what happens in the classroom or within one discipline.”

Evans believes in the importance of interdisciplinarity. “[Learning is] not really the subject—it’s the person,” he said. As Director of Teaching and Learning, he’s committed to defining and furthering Westridge’s strengths by analyzing the learning process as a whole, unbound by specific subjects. “I so much love getting to know the science department, or the way that the math department thinks, or the constraints or specific requirements for graduation, etc., and thinking about how we can shape students’ experiences to be fulfilled… that gives me great scope to play in a meaningful way.”

As the pandemic gradually subsides, Evans is thrilled to be back on campus and surrounded by a community of playful inquiry and friendly, open, enthusiastic students committed to learning together. He’s enjoying “getting to know the community from the outside as well as from the inside” as both an administrator and parent, and seeing and hearing student-created music and artwork around campus.

Passionate about the role of student voice, community action, and critical thinking in the academic setting and beyond, Evans is eager to help expand opportunities for Westridge students to “lead lives of impact” through experiences like the Global Initiative Project and Interim. “You know, the goal is not just to get to college, but it’s to make a positive change. It’s integral that we don’t just accept what we’re told to accept. And what I like about Westridge is that girls are being encouraged to have voices and stand up for themselves. Even if it’s a small moment, those small moments can snowball. And if we’re allowing girls to have voices in our classes, it will, I think, encourage them to have voices at colleges, which will encourage them to have voices on campus in colleges and be confident on campus. So that movement starts because of strongly held positions that have been encouraged by inclusive and democratic education.”

Thank you for your donation!

There was an issue submitting your request.
0